I do hear you Billy......on the flip side, I know more Sandy supporters right here in Frankston than Dolphins supporters. They're still out  here, but I guess they don't have much feeling of belonging to the club in its' current situation. Frankston's pokies were a financial millstone around our necks and we somehow found a way through that too. That said, the club has been saved by a lot of dedicated and smart people who have had to wear the hits of our team being dreadful for a few years during the recovery. Their patience is being rewarded now, but it must have been pretty scary a couple of years back. Don't Sandy have enough passionate people to help rebuild the place? Sad to think you don't.

Preston have done a great job and can see them winning a game very soon. Frankston have been terrific off field and they deserve success on the field which they are now enjoying. Coburg and werribee have worked very hard off  field and are now fielding very decent teams. Williamstown and port Melbourne are always right in the mix. Williamstown are more than likely to be in top four by seasons end. Sandringham must have many supporters and ex players that would be back if stand alone but very hard to stomach stkilda for many. Need some ex players and old zebra officials to piss stkilda off and take control. Wearing a stkilda jumper stinks. So far 6 old vfa clubs are standing on their own feet. Would love to see the zebras make it 7.

aj, Its a shame when you get a good young side together after all your hard work & whilst you always want to see players improve my biggest concern would be the circling VFL vultures not the mid seson draft !

Digs with the salary cap dropped by over 100k i think we will see less departures than in the past as it creates more equality pay wise- one less incentive to leave a club. It'll also make it more difficult for some clubs who have traditionally been strong to continue to dominate year in year out however Williamstown is disproving this theory.

Digs, I fear touching that one. I don't want to start a war. I will say that there are two clubs in particular that have enjoyed picking at our carcass before, one in quite a disgraceful manner. That's ok, we don't forget.
What can be frustrating with the draft is losing key players only to see them running around in the VFL for another club. I fear we're in danger of losing up to five players in the mid season draft. Maybe today's shocking effort might be a godsend for us. 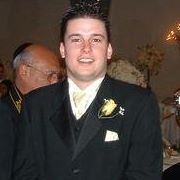 With Casey Demons and Sydney Swans being scheduled to have the bye in Round 6 i'd imagine that match will just be rescheduled for that round instead at some point.