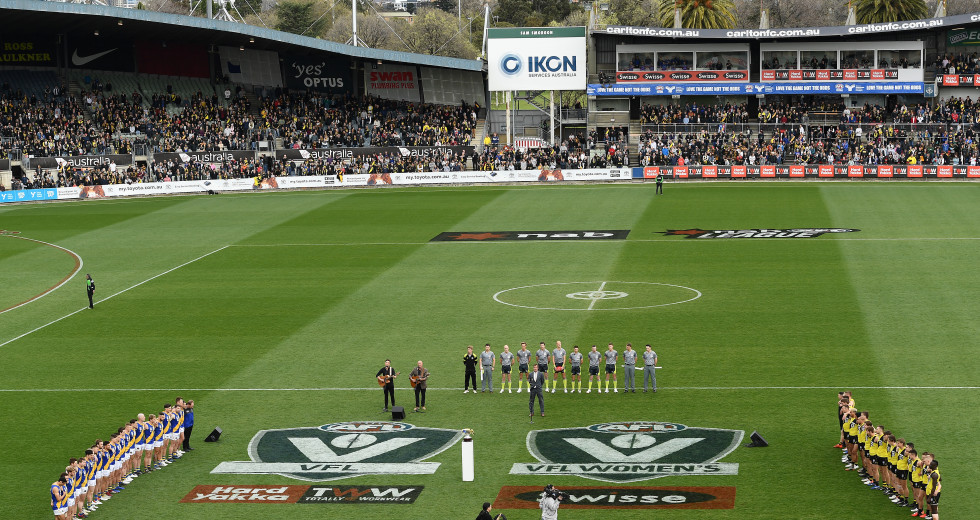 Kinnear Beatson has hit out at what he says is a complete lack of coverage for the VFL, with the Sydney list manager describing it as “pretty frustrating”.

Beatson suggested the lack of coverage makes it harder for clubs to attract more players to the league.

14 of the 21 VFL clubs are aligned with AFL clubs. The NEAFL and VFL merged in 2020 to create one second-tier competition across Australia’s eastern seaboard.

As Beatson notes, the SANFL and WAFL in particular are covered in depth by those states’ respective media.

When questioned about whether he’d like to see more Under 18 games broadcast to the public, the Swans list boss was quick to vent his frustration with his own state league.

“Look it frustrates the hell of me (the lack of under 18’s footy coverage) but what frustrates me more is that we’ve got a new VFL competition, the best second-tier competition in the land behind the AFL and the lack of media on that competition is just staggering,” Beatson said on SEN’s The Run Home.

“To my recollection, there wasn’t an article in the Herald Sun or The Age about the second-best competition (in the land), so it’s pretty hard to promote players and attract players to play in it if it’s not promoted.

“I mean the SANFL and the WAFL - all be it clearly in different markets - they’ve got features on their news, their TV stations, the Adelaide Advertiser, they’d have full supplements on the teams, the scores, the best (on ground), what’s going on in the competition and we’ve got nothing.

“In the best competition behind the AFL, it’s just staggering and the apathy towards promoting this part of the football calendar... I don’t know who runs it or whatever but it’s pretty frustrating.”

The 2022 VFL premiership was taken out by Casey, affiliated wih Melbourne, after downing Southport in the Grand Final by 32 points. That game was attended by 4,500 fans.

What can I say about this

So not sure what Kinnear is on about

Yea I think that's right Blackrocker. The family sitting in front of the TV on a lazy Sunday afternoon aren't going to go looking for vfl steam via the AFL App.  They are reading news.com.au while channel surfing.